Farmer Aage Lauritzen of Denmark has achieved a 5% increase in daily live weight gain and reduced total production costs, since investing in a weighing system to record growing and fattening pigs’ live weight on a weekly basis. The information is used to monitor pigs’ growth, so he can compare it with the expected growth and then choose the appropriate feed mix.

As shown in this case, ‘systematic routine weighing’ can improve the feed efficiency of finisher pigs and is worthwhile considering, given that feed contributes up to 70% of pig production costs. 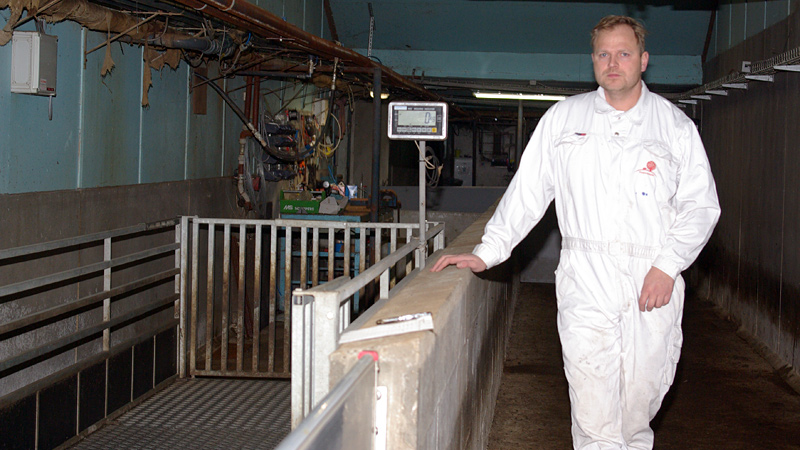 Aage Lauritzen has invested in a systematic routine weighing system.

Although there are a large variety of factors that impact feed efficiency (e.g. breed, environment, health, body composition), body weight of the animals is arguably the most important factor driving pigs’ nutritional requirements during the growing period. Therefore, any system that periodically records live weight of pigs will enable farmers to monitor growth performance and apply management strategies to improve it.

The costs and benefits of implementing systemic routine weighing include: 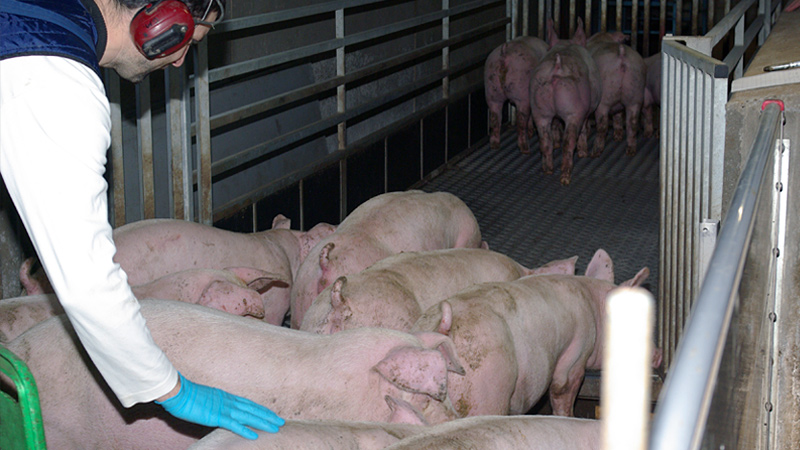 Scales can weigh a pen of pigs simultaneously.

Considering the above, the variable production costs have decreased by 3.03% and fixed costs by 1.76% (additional fixed costs have had a smaller impact then the efficiency gains, which has resulted in reduced average fixed costs per kg).

In conclusion, the total costs are 2.72% lower.

Aage’s pigs are weighed on a weekly basis and data is typed into a system to monitor weight gain. For finisher pigs, their weight is monitored at shorter intervals and feed mix is changed accordingly. However, the weighing system also allows Aage to monitor the average daily weight gain.

Weighing the pigs routinely allows Aage to select more effectively the largest pigs that are sent to slaughter, thus allowing an increase in space allocation for the remaining pigs and reducing competition at the feed station or feeder.  Pig weighing on a regular basis can also provide early warning signs of upcoming diseases or more accurate veterinary interventions (dosing of medication is linked to the animals’ body weight in almost all cases). This means disease has a lower impact on feed and growth efficiency.

Aage is also committed to feeding pigs a mixture of two feeds, blended according to their weight. This more precise feeding practice has the potential to optimise performance by reducing lysine intake and nitrogen excretion by more than 20%. 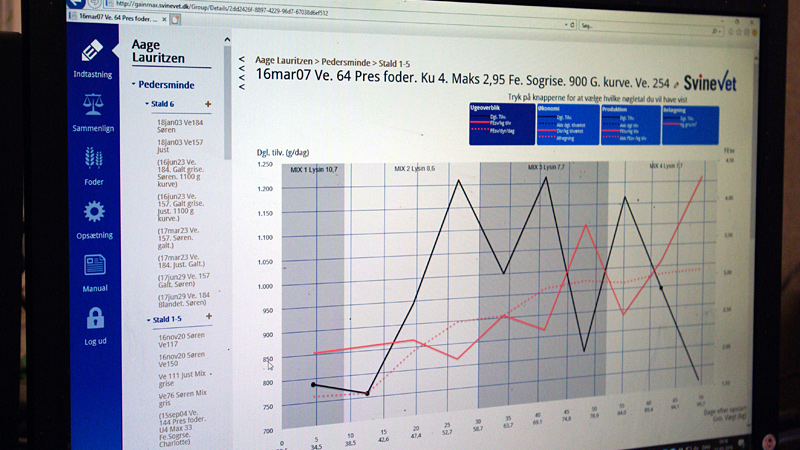 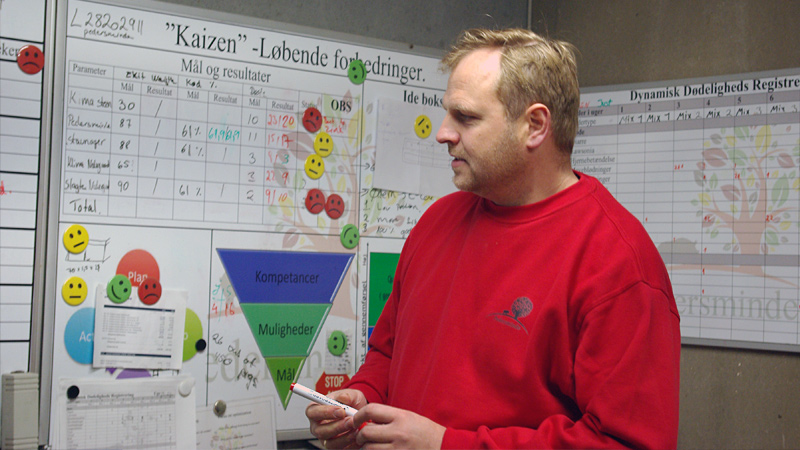 Monitoring growth data enables feeding and management programmes to be adjusted and optimised.